What Is A Tweener

You hear this term “tweener”, but what is a tweener in bowling exactly? Well, in bowling there are four basic styles of bowlers 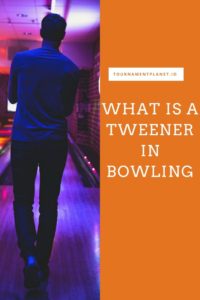 based on their release. These are stroker, tweener, power stroker, and cranker. In short, a stroker is someone with low rev rate, cranker style has high rev rate and tweener is in the middle. This play style is the focus of this article.

The key identifier of a tweener is someone who releases the ball with a rev rate between 300 and 370 rpm. Since a stroker is below 300 rpm and a cranker is over 370 rpm. This means the tweener releases in between the two. Hence, the name “tweener” which is short for “in betweener”. The tweener style finds a nice balance between the really controlled and consistency of a stroker, while also having some of the power and strong hook of a cranker. This is a strong intermediate style that has a laundry list of players who have won major titles over the years.

There have been some criticism of tweeners over the years. Some view the style as sloppy and not as disciplined as the stroker or cranker style. Typically, a stroker will have a high and consistent backswing. Tweeners generally don’t have as high a backswing so their form is criticized. Also, crankers have a really strong wrist motion that gives them such high rev rates. Tweeners on the other hand, can’t deliver as much twist and so again get dogged on for that.

Most view the tweener bowler as someone who hasn’t been thoroughly coached in either the art of form or power. When a player has a rev rate between 300 and 370 but has more control and better form they are usually called a “power stroker”. This makes tweener a bit of an insult because it means the player couldn’t choose a style and they couldn’t master the form the be good enough to be a power stroker.

So what do you think about our assessment? Do you think the tweener is a respectable delivery style? Do you know any tweeners? Let us know in the comments below.